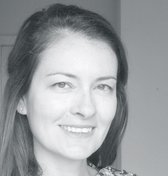 It's a very exciting time to work in brain

Dr Cristina Legido-Quigley is the Head of Systems Medicine at Steno Diabetes Center Copenhagen and an Associate Professor at King’s College London.

Her main area of interest is neurometabolism and how the brain copes with disease,  as well as finding clinical tests for healthy aging, Alzheimer's, cognition, diabetes and metabolic diseases. Her discoveries span fatty molecules that are important for cognition, small molecules that in liver alert to tissue damage, together with modulating molecular pathways for improving the treatment of diabetes. She is also researching algorithms for better personalised diagnoses in the clinic.

She has been a group leader at King's College London since 2006. In 2018 she moved to Steno a hospital and research center in Denmark to pursue her interests in Systems Medicine. She shares her findings in scientific publications in the biotechnology and medical fields >>

She studied chemistry at the University of Barcelona, and before completing her degree she moved to Iowa City, US to study modules in philosophy, anthropology, art and writing at Kirkwood Community College. She then moved to the UK and studied for a BSc in Chemistry at King's College London (tutor: Prof. Mike Robb FRS). She did her BSc project in industry at Smith Kline Beecham investigating turboflow Liquid Chromatrography-Mass Spectroscopy, LC-MS supervised by Dr. Vern de Biasi. Her degree was upgraded to a MSc finishing with another project on single-crystal X-ray diffraction in Prof. Jonathan Steed's Group. In 2004 she received her PhD with a thesis on nano LC-MS at Imperial College London. Her doctorate was funded by the BBSRC and Glaxo SmithKline and supervised by Dr. Norman William Smith & Prof. Andreas Manz. At the University of Pavia, Italy, she was a postdoc funded by the AQUAMIP (EU FP5 funding) studying molecular interactions in Prof. Ersilia de Lorenzi's Group. After this, she joined as a postdoc funded by Roche (Organ Transplant Research Fundation) at Imperial College in the Department of Medicine (with heads of department/school Prof. Elaine Holmes & Prof. Jeremy Nicholson) and started working with organ tissue in LC-MS, Nuclear Magnetic Resonance and metabolomics. As an early career researcher she trained in education, obtaining a postgraduate certificate in higher education and in data science.